The Day After Typhoon Megi [In Photos]

Yesterday Taiwan was pummeled by the big bad typhoon Megi. I think that quite a few people, myself included, were surprised at the intensity and sheer power that Megi brought down upon Taipei. When people from non-typhoon areas hear about any typhoon here, a typical reaction I get is that I should be careful, hunker down, possibly consider getting to the airport to leave the country before it hits.

And the truth is, most typhoon that hit are insignificantly felt in Taipei in terms of wind destruction and rainfall.
That's not to say they don't cause significant damage and problems in other areas, but Taipei seems to be fairly well sheltered. The buildings are pretty strong, the roads and bridges are often surprisingly well reinforced, and the subways never flood ... well, except for that one time. But yesterday was a pretty big hit for Taipei, as you can see in this short video I shot.

For all we see of storms at their peak, what do we really see of what things are like the next day? I went out today around noon to see what was going on. I live by a river, and it's a fairly popular local spot for people to go. As such, there were quite a few families out going for a walk, weaving between paddle boats that had been pulled ashore so as not to wash away. Like myself, quite a few seemed to be curious of just what the typhoon had done to the area. 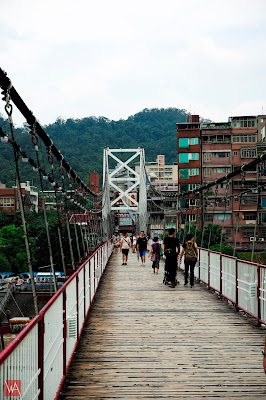 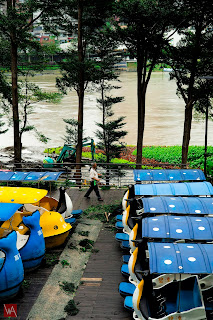 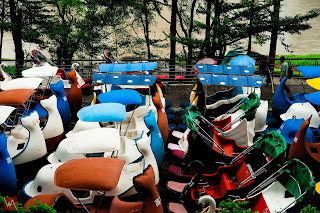 There was also quite a bit of activity at the river itself. City cleanup crews were working to push back the mud and sediment that had been washed over the promenade. But then, there were a surprising number of opportunistic locals who were taking advantage of the conditions to go net fishing. 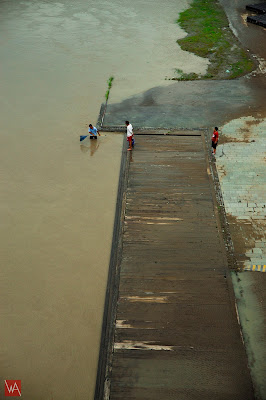 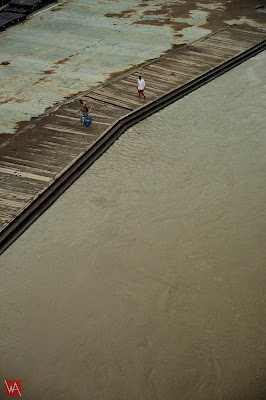 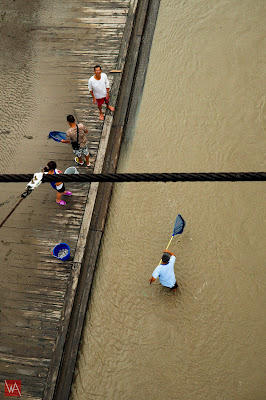 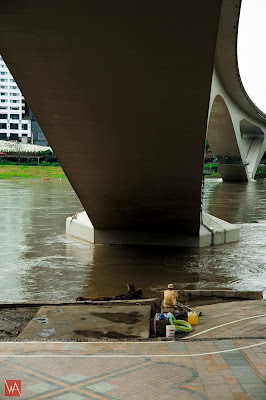 Just up from the banks of the river, many businesses were open, though quite a few were also closed. On the whole, very little seemed to be seriously damaged in these areas, but there were some exceptions. 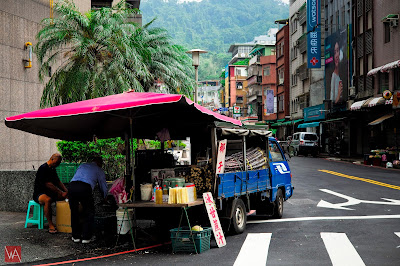 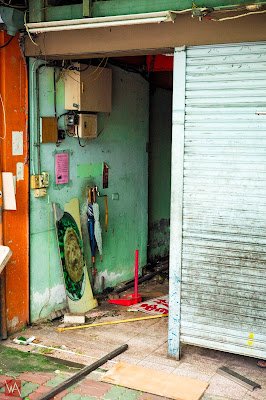 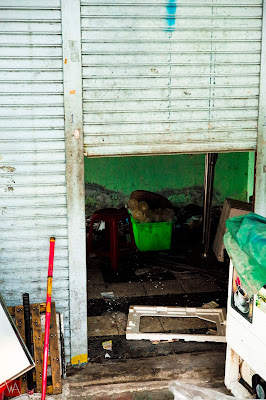 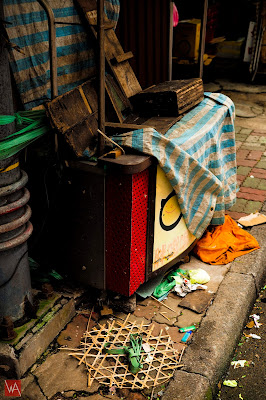 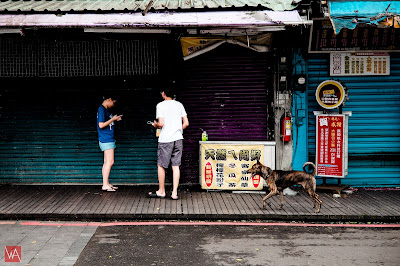 With every significant typhoon that hits Taipei, there is at least one predictable sight - countless scooters, -those pesky machines that people here drive on the sidewalks, the wrong way down one-way streets, and in endlessly dangerous ways- knocked all over the street like bowling pins. 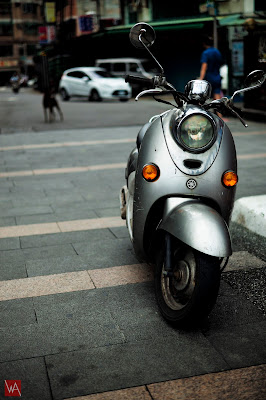 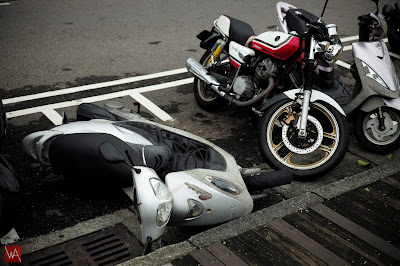 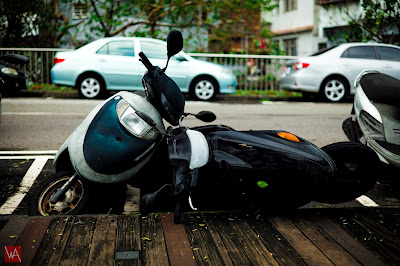 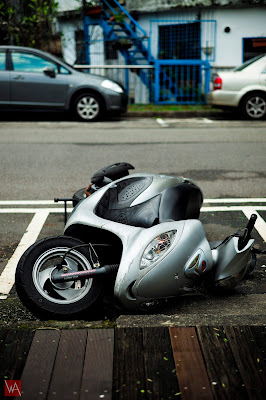 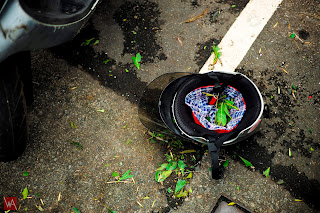 So, that's Taipei the day after the typhoon. It's still here. Things are a little bit shaken up, but people are already fixing it. It seems to happen at least once every year or so, and I imagine that's not going to change any time soon.