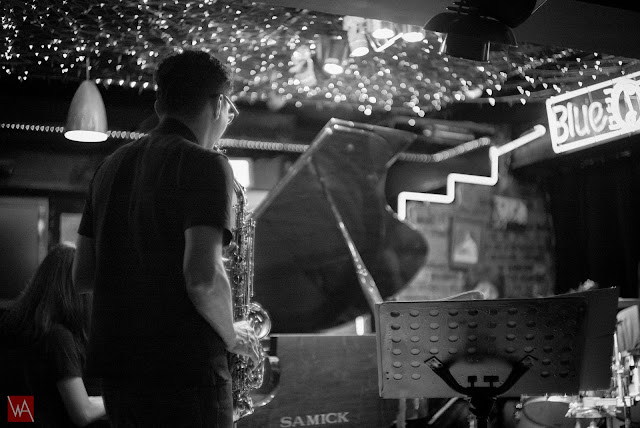 It's Friday again, and that means it's time for another Photo Friday. Today we're at Blue Note in Taipei. That name may sound familiar to some of you, but
it's important to note that Blue Note in Taipei has no affiliation with the MUCH bigger international Blue Note of which most people are acquainted with. Blue Note in Taipei is actually older than the other Blue Note, believe it or not, having been founded in 1974. Here we're looking at the house band playing on a Saturday night, and we're seeing them through an antique version 1 Summilux 50mm f/1.4 that dates back to the 1950s. Originally billed as a way to make ambient light night photography a reality, this little 50 from the '50s doesn't fail to impress, even in 2016.

As a bonus, here's video from the set. Enjoy!