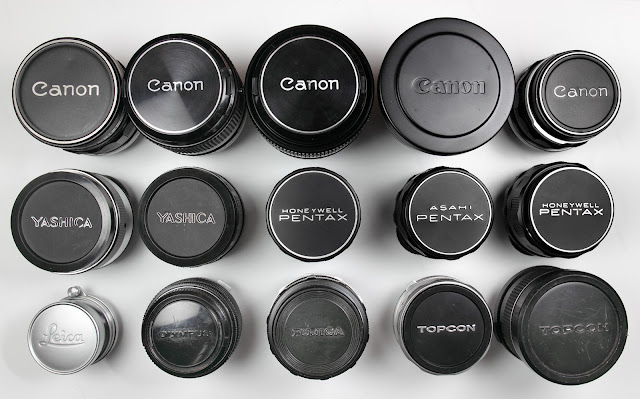 Ask a photographer what the perfect lens for street photography is and you're likely to hear any number of responses. There's a good chance you'll get an answer ranging between something of a soliloquy bordering on the maniacal, arguing that if a shot can't be achieved in 50mm than it's impossible with anything else, to perhaps something more diplomatic yet equally dissatisfying, an answer that carefully takes into account such things as personal preference in subject, style, and the broader possibilities, limitations and overall challenges with different focal lengths, but then doesn't ultimately give the questioner any real concrete suggestions about what they were seeking in the first place. I want to talk about this just a little bit. What is the perfect lens for street photography? I'm throwing in my two cents of opinion and preference to say that if you're traveling to the night markets of Taiwan, walking through the dense alleyways of Hong Kong, or taking a stroll through the Shinbashi business district of Tokyo, then the 28mm focal length will probably turn out to be your very best friend. And I'm going to try to explain why, hopefully all without running the risk of seeming like an advance-stage rabies patient.

Henri Cartier-Bresson is famous for his unwavering devotion to the 50mm lens, and looking at his body of work, he clearly shows the rest of us that there's indeed something to be said for focusing on mastering only one lens throughout your career. But did Bresson and the other 50mm contemporaries of his time ever grab their 50mm primes and walk through the densest of the dense, the highest packed of the massively packed districts spanning Asia's urban and metropolitan zones?

Okay, BUT did people like Bresson ever find themselves pushing their way through Taipei's densely packed Raohe Street night market sporting a 50mm, or face off against a kilometer-long line of swift-marching blank-face, white-shirt, dark suit wearing Japanese businessmen and women in Shinjuku at 8:30am on a Monday workday morning?

Okay. But, yes, well, granting all of that.
I still maintain that the sheer amount of human-dense zones that travelers are confronted with when traversing the more popular regions of Asia essentially MANDATES that you at least strongly consider the 28mm prime, if not simply outright swear by the ghost of Ernst Leitz not to leave your hotel without it. But just why do I say this? Well, I have a few reasons in mind, and they all tie into one factor:

Personal space. There is none.

In many of Asia's seemingly endless dense cities, you practically have no personal space at all when you're moving through the popular and the more highly coveted travel destinations. Shinjuku is dense. Shibuya is DENSER. Hong Kong's Central, Mong Kok, Stanley and Kowloon are ALL PAINFULLY DENSE. Travel to Taiwan and go to Shilin, Raohe, Luodong, Jingmei or just about any other popular night market or day market, and you'll be hard pressed to even find a place where you can stretch your arms without hitting someone else in the face. And that's precisely why 28mm will be your best friend if you journey to any of these destinations, or other similarly dense areas.

It can be intimidating to get close to your subject but, for example in the crowded night markets and day markets of Taiwan (which are similarly crowded to numerous other travel destinations across Asia), you generally won't have the option of being at a "comfortable" distance from your subject. You'll find this to typically be an uncontrollable constant, the distance magnification, and unless your aim is to get extreme closeups of things like a person's hands, face, their tools, or whatever they're working on, a 50mm or 35mm will not be ideal. To get a typical composition you're forced to step back with the 35 and 50, and this raises the increased challenging of having to deal with people walking through your shot, plus you'll frequently just be a public nuisance to others who are passing by and want nothing to do with what you're involved in. 50mm users usually just end up looking like assholes at night markets. I should know - I used to be one of them!

It's like 28mm and night markets are a match made in heaven.

Where the 35 and 50 force you into public disorderly conduct, the 28mm prime will let you walk in and out of shops, markets and alleys, photographing the world to your heart's content without getting in the way of anyone, without running the risk of having passers-by jump in front of your shot at the decisive moment. If you're shy and fear rejection, you'll have to get over it. That or you'll have to figure out how to do street photography like Erich Salomon, the master of modern photojournalism. 28mm on 35mm film or a full frame sensor is remarkably close to the angle of view for one single eye - close one eye and what you see through the open one is, for the most part, what you get with 28mm. It's the definition of simplicity.

A Depth of Field for the masses ... of people in front of your lens

When things aren't constantly in motion and you have a little bit of time to think out your shot, shallow depth of field doesn't typically present an issue when taking any given photograph. However crowded night markets and day markets, or just any area with a high pedestrian count, can introduce a challenge in this regard. Add to that the extreme shadows that tend to pop up in urban day markets or, well, any night market, and it's not always reasonable to expect that you can maximize your DOF with a narrower aperture.

These factors, the extremely chaotic human environment coupled with extreme shifts in lighting plus the overall improved speed of manual focusing, create a scenario where the shallower depth of field typically found in 35 and 50mm lenses can make taking a clear photograph incredibly difficult. Especially shooting in night markets, where you'll often need to be shooting with the aperture relatively wide. This is where the 28mm lens excels in my opinion. Even at wider apertures, the depth of field of a 28mm prime will typically be far more usable than the alternatives.
And this all leads to....

While perhaps not a technique that appeals much to the beginning or even the intermediate level photographer, zone focusing isn't just a good idea for street photography, it's almost essential. And in the context of a night or day market, I'd say there is no "almost" in that previous sentence.

28mm primes, with their longer-than-35-and-50 depth of field vision, excel at zone focusing because for the same distance, you simply get a bigger zone at any given aperture. And in environments like night markets where aperture can be restricted and distance can also be equally out of your control, it's the 28mm that just makes sense. It's the most reasonable lens that will give you the freedom you need to do your thing and to do it well. One could make the argument for wider lenses like the 24, the 20 and beyond, but for myself at least, I have to spend too much time composing the shot. Wider means more work, and for me 28mm is just about at the extent of "easy" in terms of composing.

When zone focusing, wider lenses like the 28 have a huge benefit over 35s and 50s in that even if your subject is out of the zone of focus, there's still a good chance they'll be in focus "enough" for the picture to work. While dramatic bokeh can be achieved with a 28, it's rarely by accident, unlike the 50mm and to a lesser extent the 35mm.

So that's my argument for using the 28mm in Taiwan's night markets, and as I said, just many of the denser areas of Asia. The 28mm lens may typically be something people turn to when they want to capture the broad view of things, or when they're doing something indoors. I've simply found it to be the tool that, surprisingly to me initially, gets the job done in these very specific circumstances. It makes sense though. With a subject you're well acquainted with, you have to get intimately close with the 28mm. And in night markets, day markets, Shinjuku, Shibuya and much of Hong Kong, you could certainly be forgiven for thinking it feels like everyone's just about the partner you'd never met.
Email ThisBlogThis!Share to TwitterShare to FacebookShare to Pinterest
Newer Post Older Post Home