How to master rangefinders coming from DSLRs 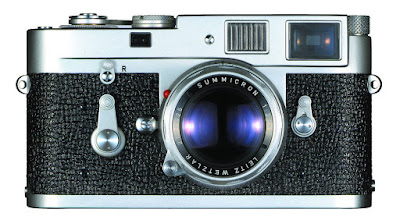 Rangefinder cameras are the pinnacle of photography for a select niche of photography enthusiasts. Are rangefinders somehow "better" than DSLRs, mirrorless and even compact cameras such as the Leica Q we recently wrote about? As you may already suspect or be aware, the answer to that question is completely subjective and up to your own individual preference. As has been shown time and again by DRTV's popular YouTube series Pro Photographer Cheap Camera, it really is the photographer that makes the shot special, not the camera itself. So DSLR, mirrorless, iPhone or rangefinder, there is no such thing as a "better" camera, there're just cameras with higher or lower specs that are then the responsibility of the photographer to learn to master in order to get an excellent shot.

That being said, it's undeniable that rangefinders are highly appealing to a number of people who get into photography. But the problem is that following the common progression many experience of going from a cellphone camera to compact, then on to a mirrorless or DSLR and then on to a proper rangefinder, rangefinder cameras can prove to be particularly challenging to master, even for those who already have a respectable amount of photography experience under their trousers. How does one go from shooting with a DSLR to shooting with a rangefinder without getting so frustrated they just give up on it?

We're not just being cheeky when we say this, but the rangefinder camera, we feel, is truly the thinking man's camera. (the thinking woman's camera too, no disrespect intended to all the exceptionally talented female photographers out there) Why do we say this? Well we just practically said it, now didn't we. A rangefinder simply makes you think.

Typical rangefinders, both film and digital, will quickly test absolutly no less than the following points in terms of how good your thinking and understanding is of them:


Regarding the first two points, focusing and framing a typical rangefinder, today we have a small amount of advice for anyone who's thinking about jumping off the DSLR ship, or perhaps has already picked up their first rangefinder and are having some trouble coming to grips with how to grip (and then operate successfully) their new camera.


Getting the hang of focusing a rangefinder

Basic manual focusing isn't all that hard on a rangefinder once you get the hang of things, though getting good at it can potentially take time. Let's assume that you already know how to do basic focusing by looking through the viewport and lining up the two images so that your friend doesn't look like they have two slightly separated noses. Let's also assume that you don't make the mistake we first made over and over, where we accidentally kept putting our finger over the focusing window glass on the front, shutter-release side of the camera.

Beyond these two points, the biggest thing that slows down countless rangefinder newbies is that they have trouble quickly making the two images shown in the rangefinder focus system converge, thus putting the lens in focus. Eventually it's likely that you'll start to learn the relative position of the focus ring, and what that actually means in terms of distance. Pay attention to it, and actively work with it so you'll learn faster. But until that happens, we find it helps to simply be prepared to make a sweeping twist of the focus ring, especially if you're cold-focusing on a subject and haven't already been taking pictures of things at a similar distance. Really grip the ring, and be prepared to aggressively twist it the full amount. The reason this can help is because quite a few people seem to be ready to make slooooooooooooow, precision micro-adjustments to the focus when in fact their subject is nowhere close to being in focus. People are often closely looking through their lens because they have no idea when the focusing images will converge and they don't want to accidentally miss it. In our experience though, assuming you have moderate to good light, it's hard to miss that singular moment of clarity when the focusing images converge. So aggressively twist away like a DJ at a geriatric center reaching for the volume knob, and you should be able to go head to head with most autofocus systems on compacts and most mirrorless cameras.

Oh and as an extra bit of advice for once you're generally capable of quickly focusing on most stationary subjects, if you're having trouble focusing on subjects that are moving towards you, try twisting the focus out to infinity, then working on bringing the focusing back to follow the subject at the same speed. Remember, if it's coming towards you, you will only need to twist the focus ring in one direction since if you overshoot, your subject will eventually catch up with where you've focused at.

When you use a DSLR camera or a mirrorless, you're framing the picture first with your eyes, then with your brain. What you see is what you can expect your photo to look like, at least in terms of how the edges relate to the objects in your photo. You can't fully expect that from a rangefinder, though you can pretty much always get a close-enough visual approximation of how your photo will look. But that fact, knowing you aren't really seeing what your lens sees can cause hesitation and fear in new rangefinder users. It can slow them down, as they question each shot. But we're telling you now, through the lens systems as found in DSLRs reduce your overall capacity to visualize a shot. They do this, because they create an expectation that we can always have an exact visual representation. And there's security in that, knowing that we can visually confirm that our shot will look good. But the fact is, people still take millions of mediocre and bad shots with DSLRs and mirrorless cameras, despite being able to see exactly what the lens sees. So how does this ability really help us as photographers?

With a rangefinder, learn to embrace the unknown of your viewfinder. It's generally better to shoot first, and think about it later on. If you're just starting out and aren't used to just picking up a camera and taking a picture without thinking about your composition and framing, get in the habit of taking lots and lots of photos. Later on, go back and compare them all. Which ones did you like the most, which ones did you like the least? Take note, and try to repeat the winning compositions next time.

We like to think that by getting in the mindset that what you see isn't always what you get, photographers can quickly learn to mind the broader elements of the photograph that will make it a quality shot. Things like, oh we don't know, maybe the subject. Is the subject even interesting? Is there action? People commonly seem to ignore that thought when shooting with a DSLR, or so it seems from our perspective. With a rangefinder, you'll be better served if you focus simply on getting the interesting elements you want to photograph into your frame rather than worrying precisely how they line up to the edges and borders. Just remember, you can worry about precision cropping when you're looking at everything on your computer.

Rangefinders are enjoyably iconic, perfect for people who love photography for the "art of photography", but they don't have the easiest of learning curves despite generally having fewer functions than a DSLR. But what they do provide are a chance to learn. A chance to learn about the origins of history's most remarkable photographs, and a chance to learn new techniques that will change how new users think about their photographs, perhaps how they think about other things as well. Anyone can master a rangefinder, but considering the ease and simplicity of DSLRs, iPhones and mirrorless cameras, should they? We say, if you just want to record and document your life and don't care about how things look, it's a safe bet to say you should stick to your iPhone. But do you want to make something special? Do you want to think about your surroundings, think about how you interact with them, think about how you portray them in your photos? Do you do that already with a DSLR but find yourself wanting more room to grow? Then perhaps a rangefinder might be the next step of your progression as a photographer.