The Good, The Bad, and The Incredible: My Zeiss Biogon 35mm f2 Review 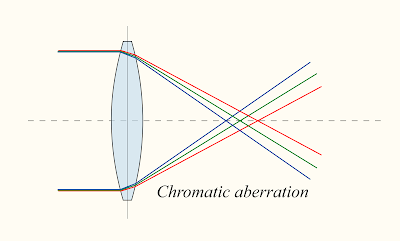 One of my favorite cameras to use is the Zeiss Ikon Contaflex, a beast of an SLR produced in the 1950s and 60s. The Contaflex featured a design that was almost entirely made of metal, a non-interchangeable 50mm lens, and a firm but smooth focusing ring that I could always depend on to work hassle free. The thing is a tank, something you can lug around on your shoulder

Skip ahead to a more modern Zeiss however, and it becomes funny to me how when, for the briefest of periods, I had access to a Zeiss Biogon 35mm f2 (MFR # 1365-659 for those who care), I found myself feeling perpetually frustrated with it. And yet now that it's gone and I haven't even touched a Zeiss in a few years, I'm left with a lingering doubt, a feeling that maybe I made a should have hung on to the more modern Zeiss. And so with that introduction out of the way, let's begin my extremely quick and dirty review of the Biogon T* 35mm lens from Zeiss!

Most people who shell out for a Biogon 35 do it for two reasons, the name brand, and the (relative) affordability. Zeiss is one of the most recognizable names in photography and optics, for (mostly) better and for worse, so it can feel like a safe investment. (It's important to note however that the Zeiss of 2017 is a far cry from the Zeis of 1957) But does that make the Biogon 35 any less of a value compared to, say, a Leica 35mm Summarit? Well, in my opinion, no it does not. In a war of Biogon v Summarit, it's hard to say who would come out on top. Each lens has its unique place in a photographer's bag. However in my opinion, the overall differences in optical quality are far from substantial, and either lens would be perfectly suitable for just about any situation that the other could handle. If your goal is to take quality photos, there's nothing preventing you from getting excellent shots with the Biogon 35.

I got annoyed at the Biogon 35 when using it pretty regularly. There were a lot of quirks which, over a short period of time, diminished my impression of the Zeiss brand. While I only tested one lens and individual lenses may differ, mine had some pretty noticeable issues with build quality. First off, to do with one of the inner elements of the lens. From day one, the one I had was somehow loosened on the inside. What this meant in real world performance was that if I pushed in one direction, I would inadvertently push the lens slightly out of focus. Thankfully though, through regular focusing and horizontal use, things didn't seem to get out of alignment on their own. But I was always worried that the problem might get worse.

Another annoyance I had was with the construction materials and size. The Biogon 35 is a surprisingly large lens, one that protrudes further on the front than the Summarit. This doesn't sound like much, but when I was packing camera bags, this lens often had an uncanny way of just fitting badly. Also, the lens is just heavy. While it wasn't so heavy as to make a neck strap unreasonable, it certainly did take away much of the fun I'd normally get from traveling around with a camera on my shoulder.

The other big issue I had was with the focus ring. I wouldn't say that it was made with cheap plastic, but the thing certainly didn't feel like high quality plastic. Focusing was slow and felt clunky, imprecise. Unlike other lenses both budget priced and high end of the price spectrum, I often felt like I was having to fight against the Biogon 35 in order to get the shot I wanted.

The thing that I miss the most about the Biogon 35 is the image quality. Some people hate how this lens renders images, but for my prefered types of photography (mostly candid portraits at night), I haven't found anything quite like it. I think it's been documented that stepped down, the Biogon out performs the nearest Leica alternative in terms of resolution. But resolution aside, open wide at f2, particularly at night, is where I think the Biogon really shows its true colors. Subjects come into view with razor-sharp precision and excellent contrast, while backgrounds become psychedelic explosion of light on black. There's a mild vignetting to this lens, in my opinion that only adds to the value.

It's a little bit funny to me, a little bit sad, that while at the time I was using this lens it gave me constant frustration. But looking back, I can see it also gave me some of my favorite photographs to date.

The final question really should be, would I/will I get this lens again? In a world where money grew on trees and I had my own money orchard off somewhere, sure I would! But back here in reality, the story's a bit different. As much as I miss the Zeiss Biogon 35mm, I don't think it's worth it for me. There are quite a few other excellent options in the 35mm arena, each with their own quirks and treasures. For me, a lens I hold on to has to be one that I actually enjoy holding on to. A good manual lens will work so smoothly and effortlessly that you'll forget you're the one turning the focus and adjusting the aperture. This lens, despite it's incredible sharpness and psychedelic night rendering, just isn't that type of lens.