Photographing Waterfalls - Gear to be Prepared for the Perfect Picture 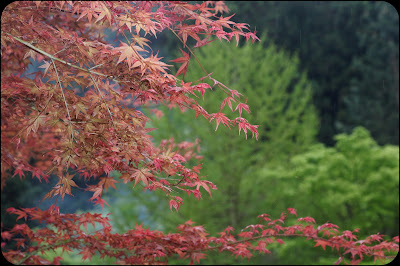 But sometimes it feels like it can be necessary, particularly if my aim is to capture waterfalls.  The last time that I lived in Japan, I spent some amount of time not insignificant traversing the countryside of Saitama prefecture. What I was searching for in all of that time was the perfect waterfall to photograph.


The biggest difficulty in waterfall photography is, in my opinion, simply finding a good location, and then getting there at a time when lighting and weather conditions will be good for photographing. If this involves traveling a decent amount as it often can, you don't want to be bogged down carrying excessive gear. And in terms of gear, here's a look at some of the things that I've found have worked well for me.

A tripod. Of course!

It's cliche and it's overdone, but I still really like waterfall photos with a 1 to 2 second exposure. The dreamy cloud-like quality that moving water takes on at this exposure length can be very appealing, despite the fact that everyone and their mother has already taken a thousand photos in this style. If done well though, photos of this nature can still absolutely be worth looking at. Afterall, there's so many mediocre fast-exposure waterfall photos online that producing a well captured long exposure wins out any day of the week. Naturally, it helps to use a tripod if this is your desired look. But what kind of tripod should you use?

Cheap, bargain-bin tripods from third-rate camera stores are basically what will ruin your shot, and potentially your camera. As long as you aren't trying to use one of these, you're probably already ahead of the game! My thinking has generally been that if a tripod is lightweight, it should be immediately suspect. If all the cranks, levers and locking parts are anything but the most solid build quality, you're just asking for a blurry shot if you're going to do a long exposure. Or even worse, the thing might just end up tipping over and you loose your precious gear, heaven forbid.


The pros like to use massive tripods costing hundreds of dollars if not more, and if a tripod company wanted to give me one of these to write a positive review about, I'd be happy to use one too. But for people with regular amounts of income, tripods like these are probably not an option. Furthermore if travel photography is your aim, they're hardly practical for traveling with! If you're just a regular person with a day job and you like photography, aim for something mid-level, or potentially something entry-level from an exceptional brand. Look for locks made of metal, not plastic. Look for cheap aluminium and AVOID it - go for something more substantial. Avoid anything that you can flex, even if just a little bit. If you're attaching a DSLR plus lens for a long exposure, this will translate into image blur and, potentially, the very real possibility of a damaged camera. Nobody wants to be that guy or gal who's tripod and camera falls off the cliff overlooking the ocean. It's a real thing. It happens. Manfrotto, while in my opinion not being particularly cheap overall, is a brand that does offer a decent enough range of not-too-insanely-priced tripods that tend to be well built and sturdy. I also once owned an exceptional(for the price) monopod by Canon, though that clearly wouldn't help much for a 2-second exposure.

Finally on tripods, if you're aim is to be chasing waterfalls, make sure that you use one which will do well around and possibly in water. Getting the perfect perspective may very well mean getting your feet, and your tripod feet, wet.
Oh and don't go lugging anything around without a proper meal. BTW, rural Saitama is a great place for both food and waterfalls (see below).

It's easy to forget, but by all means do NOT forget to bring a filter or two. When I go out, this is usually the first thing I'll grab after the camera. Bringing a Neutral Density filter will allow you to keep your highlights from going insane, which can be a problem if you're shooting in bright areas or just when the light is causing a particularly high amount of contrast. I like to shoot with a polarizing filter because, in addition to having a darkening quality similar to an ND filter, I've always found that it makes water look more pristine in the dark areas, and it also has the added benefit of making plantlife and other colors look far more vivid. Filters are small, useful, and easy to carry around. Just screw one on, and forget about it.


Tilt-shift lenses can be exceptionally useful for landscape photography, and even more useful in my opinion for capturing breathtaking shots of waterfalls. How can they help do this? The benefit mostly lies in the shift ability of the lens.

What a tilt-shift lens does when shifting is allows you to adjust your view without ruining the perspective lines. Essentially, a tilt-shift lens is like having a SUPER-wide lens, one that's too wide for the camera's sensor or film. You can move the relative area of the glass around as it relates to the sensor area, thus allowing you to capture different parts of this super-view contained on the internal glass. Can't get up high enough to get the perspective you want? Maybe this lens can help. Want to get super low? Again, this lens may be able to help. In my opinion though, the real benefit for shooting waterfalls comes from stitching three separate photos together, all taken with a tilt shift lens.

It doesn't matter how many megapixels your camera is. A tilt-shift lens can help you more than double the resolution of your photos. And if you're at an incredible, pristine photospot, you want to record every detail that you can! For portrait shots, what you do is take one photo with the lens set at it's highest vertical setting. Take another photo with the lens at it's center position. Of course you'll need to doing all of your settings on manual, and you may want to be shooting in RAW as well. Finally, take the final shot at the lens in its lowest vertical position. You'll of course have to then process them on your computer and then stitch them together by hand. But it's not that hard, and the resolution boost you get is worth it. Everything should line up just about perfectly if you kept your tripod still, and there should be no distortion making stitching from one photo to the next difficult.


Another added benefit is that since you're essentially shooting with an extremely wide view, it can allow you to capture shots close up that may not otherwise be possible if space is limited in the area you're at. THIS is where you may end up getting your feet and your tripod wet. But you were already prepared for that, right? Right.

As an unpaid sidenote endoresmeent, I think it's worth mentioning that lens rental services such as Borrow Lenses are probably the smartest way to get your hands on a tilt-shift lens. For most people, buying a tilt-shift lens used or new doesn't make sense. It's a fairly niche player.


Simplicity in gear leads to creativity in photographs


If you can't keep your gear on hand simple enough for you to quickly manage, you're going to miss photo opportunities. You can't be fumbling with excessive filters, lenses, timers, etc etc etc and expect to walk away with many shots that you're satisfied with in the end. It's not always possible, but I like to go into photo situations, waterfalls in particular, with the smallest camera possible and the smallest amount of gear for whatever the task is I want to achieve. In photography though, this can generally be a challenging concept for many, myself included.

Much of the appeal of travel photography is discovering the unknown and photographing it. And you can never know what unknowns will present themselves until after they've already made themselves known, of course. But that doesn't mean that you should travel with as much gear as possible so that you can meet every potential scenario that might arise. Rather, I find it's good to set concrete limits. I say to myself, "I expect there to be X, so I will bring Y and Z. It would not be unreasonable for me to bring A as well, but any more than that would be a burden."

Having the ideal tool for every scenario doesn't cause a person to think creatively. And if your aim is to create memorable photographs, creativity is perhaps the most essential ingredient.

So, fight the urge.
Keep your gear simple.

(The waterfalls will never judge you)